← more from
SubFamily Records
Get fresh music recommendations delivered to your inbox every Friday.
We've updated our Terms of Use. You can review the changes here.

At the literal crack of dawn 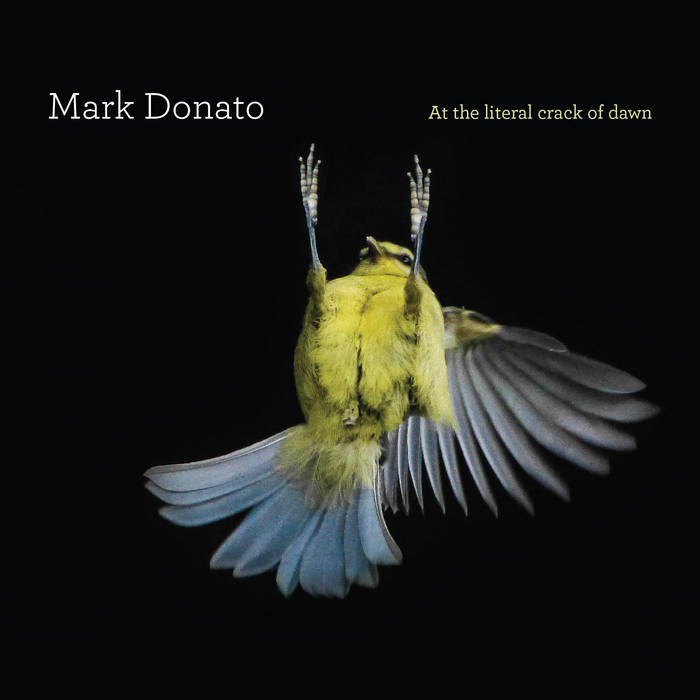 All songs © 2017 by Mark Donato (BMI), except “Turning Everything into Love,” © 2017 by Mark Donato and Elizabeth Steen
Vocals and acoustic guitar, and drums on “All of My Debts,” by Mark D.
Electric guitars by John Burdick
Basses by Mark Lerner, also electric guitars on “All of My Debts” and “Over My Dead Body,” and banjo on “Dead Body”
Drums by Eric Parker
Piano on “The Poet’s Candidate” and “Turning Everything into Love” and accordion on “Gentle from the Inside Out” by Elizabeth Steen
Keyboards on “Choirboy” and “All of My Debts” by Dean Jones
Drums on “Over My Dead Body” by Lukas Lerner
Produced by Mark Donato and Jason Sarubbi
“Over My Dead Body” produced by Mark Lerner, M.D. and J.S.
Recorded at Jason Sarubbi’s Split Rock Studios, New Paltz, NY (Jason Sarubbi, engineer)
“Included,” “The Poets’ Candidate,” “Choirboy” and “All of My Debts” begun at Dean Jones’ No Parking Studios, Tillson, NY (Dean Jones, engineer), finished at Split Rock Studios
“Over My Dead Body” recorded in Mark Lerner’s studio, Phoenicia, NY (Mr. Lerner, engineer) and finished at Split Rock.
Photographs by Mark Freeth. Design by Mark Lerner.
Lyrics and song notes and other surprises available at www.markdonato.com

Mark Donato lives near Woodstock, NY, famous for being the place where the 1969 Woodstock Festival didn't happen. He's made 6 full-length records and has played with John Linnell of They Might Be Giants, Flat Old World, The Oswalds, Rosine, and Amy Allison. He has lots and lots of songs, and brilliant musical friends who dress them up in ways that will charm and startle you. ... more

Bandcamp Daily  your guide to the world of Bandcamp